My most recent experience involves managing the social media presence for a brick-and-mortar casino hotel in the mountains of Colorado, about 45 minutes west of Denver. Although casinos generally skew older in their demographics, and our property does in particular, my skill and understanding in social media has led our presence to be one of the larger and more engaged among that of the other twenty-plus casinos competing in this local market.

This experience was informed by years of engagement with the community-driven internet, from dusty roots in usenet boards and AOL message boards, through unsuccessful experimental outlets like Google Plus and Mastodon, to the modern mobile-driven social media landscape.

If you're looking for someone with cutting-edge experience with all the latest social apps, already maximizing the effect of Tik-Tok to reach the tweens with half an eye out for the next fad to hit the app store and spike big, I'm not that guy. That approach has not yet made sense at all for the industry I serve. Even guests in the 21-30 age range who frequent casinos are significantly less active and profitable than older demographics who adopt social media outlets slowly. The social media outlets with which we decide to engage are determined at the corporate level and selected and measured carefully. Within that, the content development, responsibility for driving engagement, and the groundwork of community interaction are handled at the property level by myself and the player development team here. 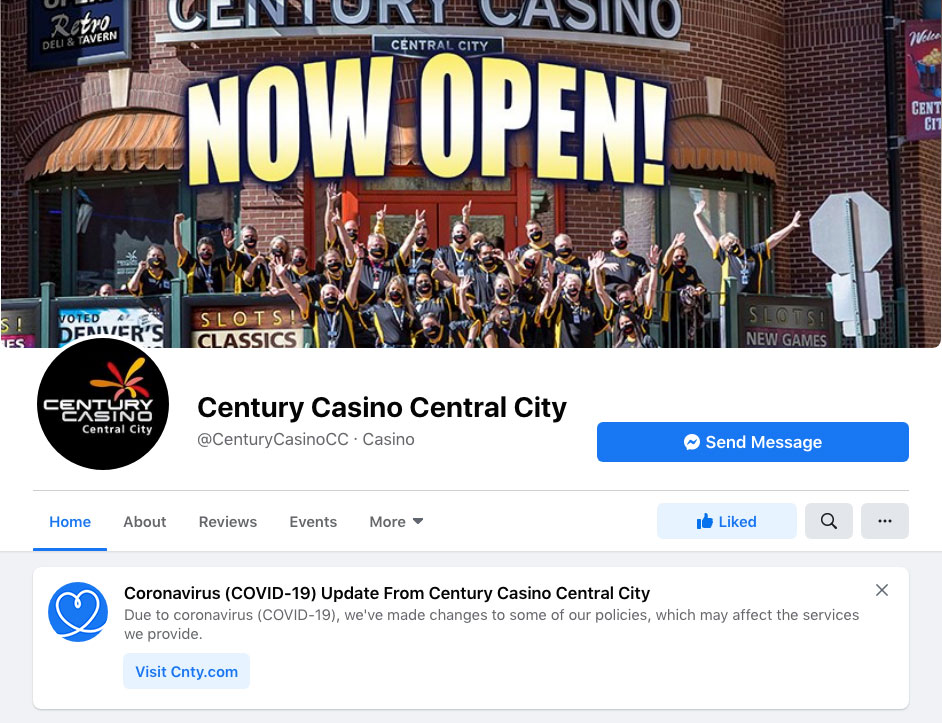 I've been answerable to the growth and engagement of the Century Central City Facebook page since mid 2011, and grateful for the help of a team of various people to help with the task over the years. I've also continued to keep a focus on organic growth even past the point that the algorhythms were rebalanced to add so much emphasis to paid social. Our placement in a combined market of twenty-plus casinos keeps us at or near the top five in both fans and engagement, even as we compete against more than five casinos that are much larger than us.

Similar to my responsibility with Century's presence on Facebook for its Central City location, I adopted Century's Twitter presence early on and have attempted to execute on a steady and organic strategy for growth. Since I was an early adopter of ensuring content is presented here, the Century Twitter feed is third in market in follower size. Despite this, we maintain a professional and official voice on Twitter as we do on all social media, declining to engage is riskier participation in charged cultural conversations. Casino patrons like to see casinos with casino winners! 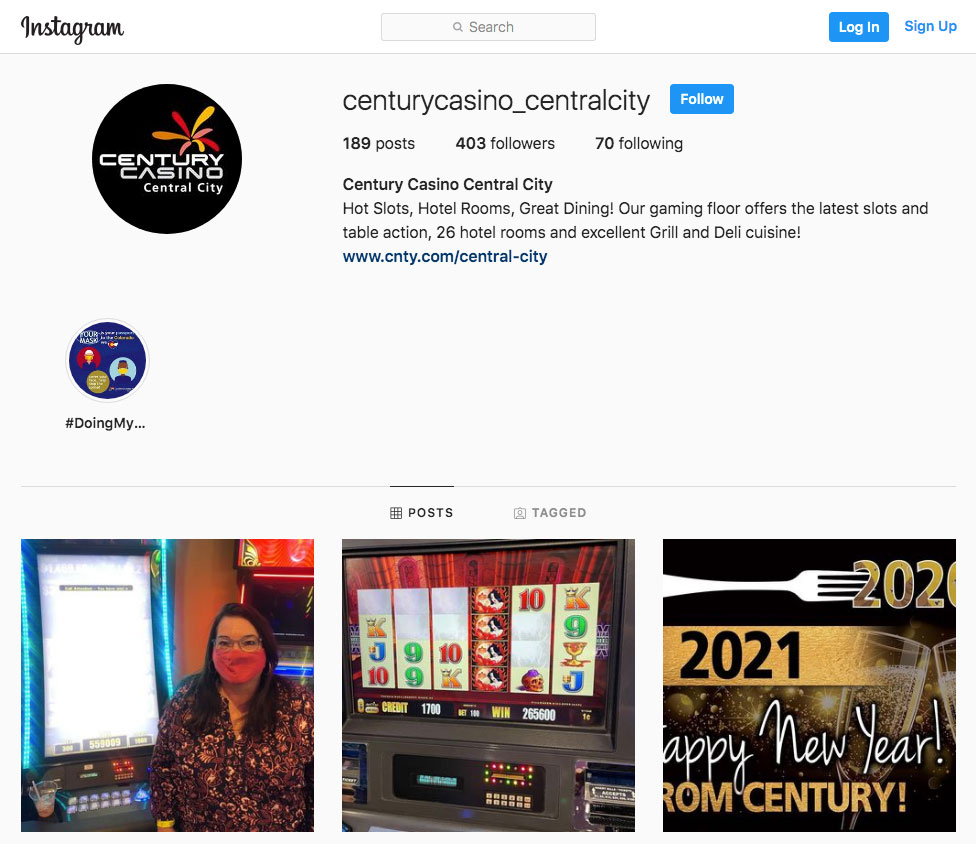 Only within the last couple of years have we felt that Instagram has begun to move into the area of interest to our main demographics. Since so much of our content that drives the most engagement on other platforms involves winner's pictures, Instagram is a great fit for this type of content.

Here is a selection of some of my personal social media accounts, or accounts for other personal media projects, that I'd like to share. Since any prospective employer these days will be checking these anyway, I'm happy to make it easy, since I'm proud of my digital presence overall.

For some reason I have always had the perception that social media services were essentially public databases, and so I've generally been careful to avoid posting things that would cause outrage or controversy, although persuing my profiles will of course reveal political orientation and other information.

As an early adopter of the Twitter platform I've been able to steadily grow my own personal account gradually over the years, although a fair amount of follow-back tactics leave me wondering at the bot content and unfollowing accounts with irritation when they suddenly switch over to adult content. Things were wild and wooly when a lot of these platforms first were ascendant. 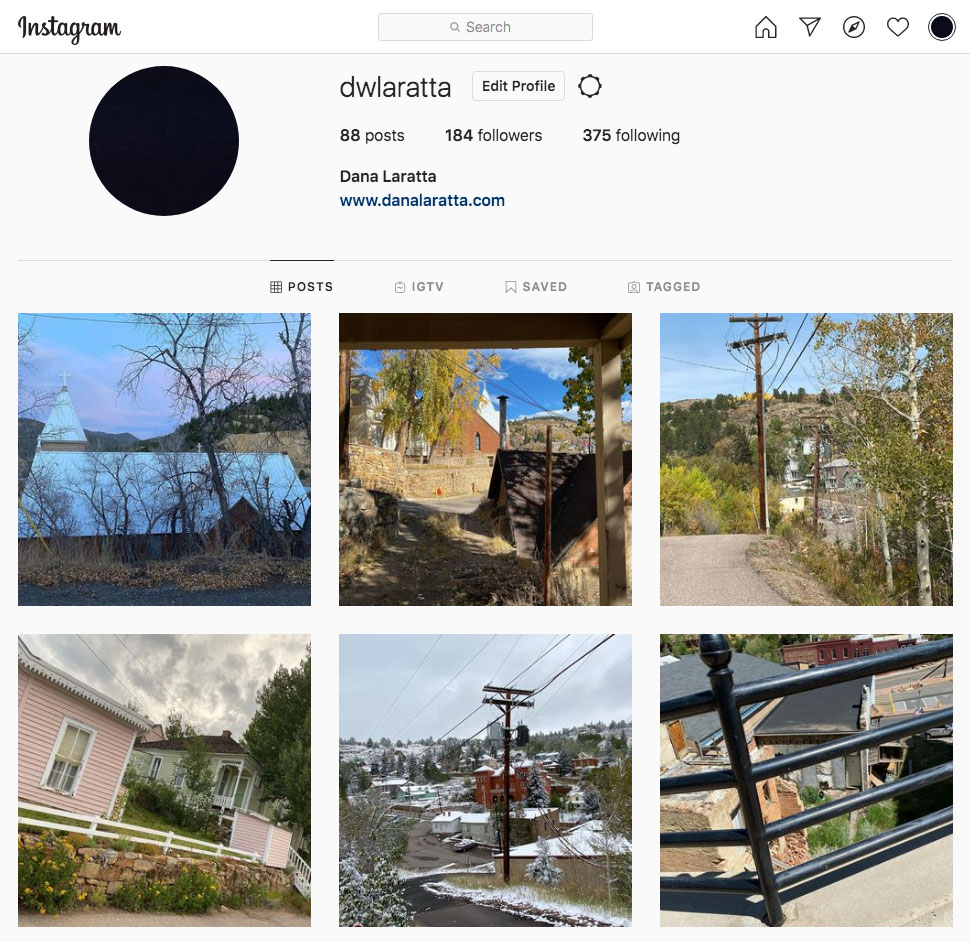 I honestly don't take my Instagram too seriously but I enjoy posting landscape pictures from my walks around the beautiful town fo Central City, as well as the occasional selfie in a cool T-shirt or picture of some weird piece of collectible memorabilia I have stored away.

Once again, by getting into reddit fairly early (after Digg blew itself up and didn't work out and StumbleUpon failed to build a functional community), I've been able and content to slowly build my modest internet profile up in its karma balance primarily with original content. Of course I have witnessed much more aggressive tactics to grow accounts for semi-shady professional reasons, but this personal account is just me being a part of the community. 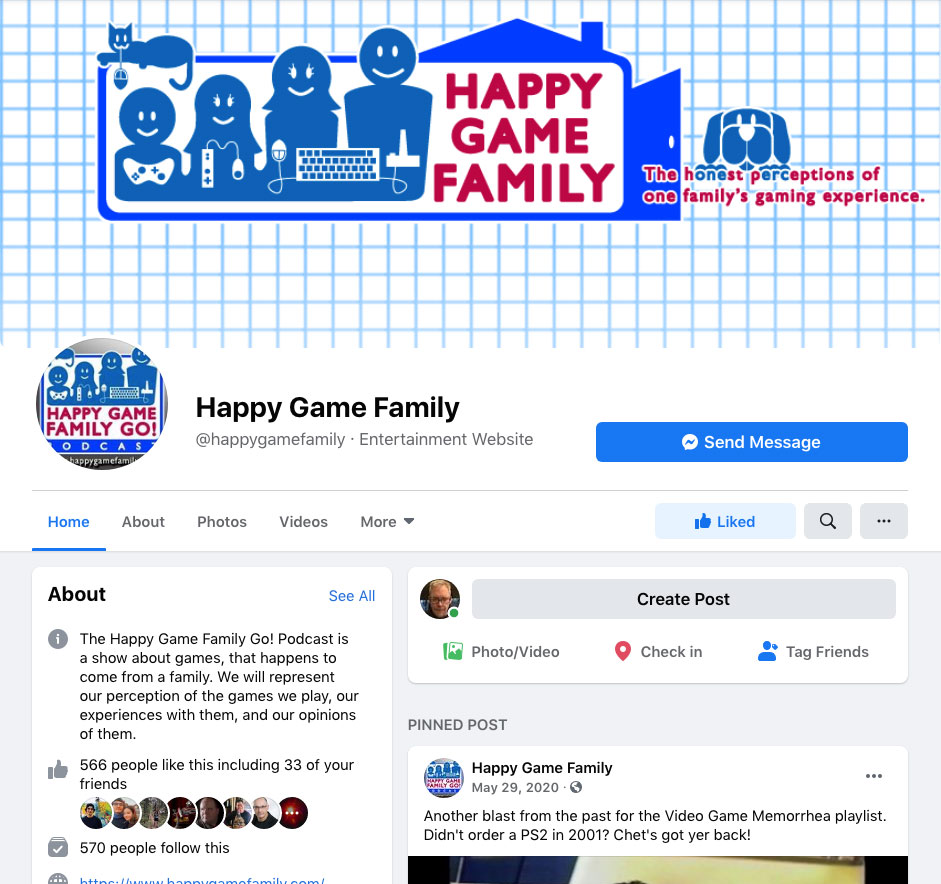